DAEWOO E&C has been appointed to build the highly strategic harbor of AL FAW, situated in the Persian Gulf, Basra Governate, in Iraq.
This outstanding project provides Irak with a world-class access to the sea for the country's further development.
The only Iraqi access to the sea has now a major deep water port. Protected by more than 10 km of breakwater covered with 100,000 CORE-LOC™ units of 1 m3 and 3 m3.
The port is located in the extremely narrow Iraki maritime frontage. The port is at the estuary of the Tigris and Euphrates rivers in shallow murky waters.
In order to protect the navigation channel from silting, it was decided to build very long breakwaters.
The breakwaters were built from the sea. More than 100 000 CORE-LOC™ units were placed from barges with long arm excavators 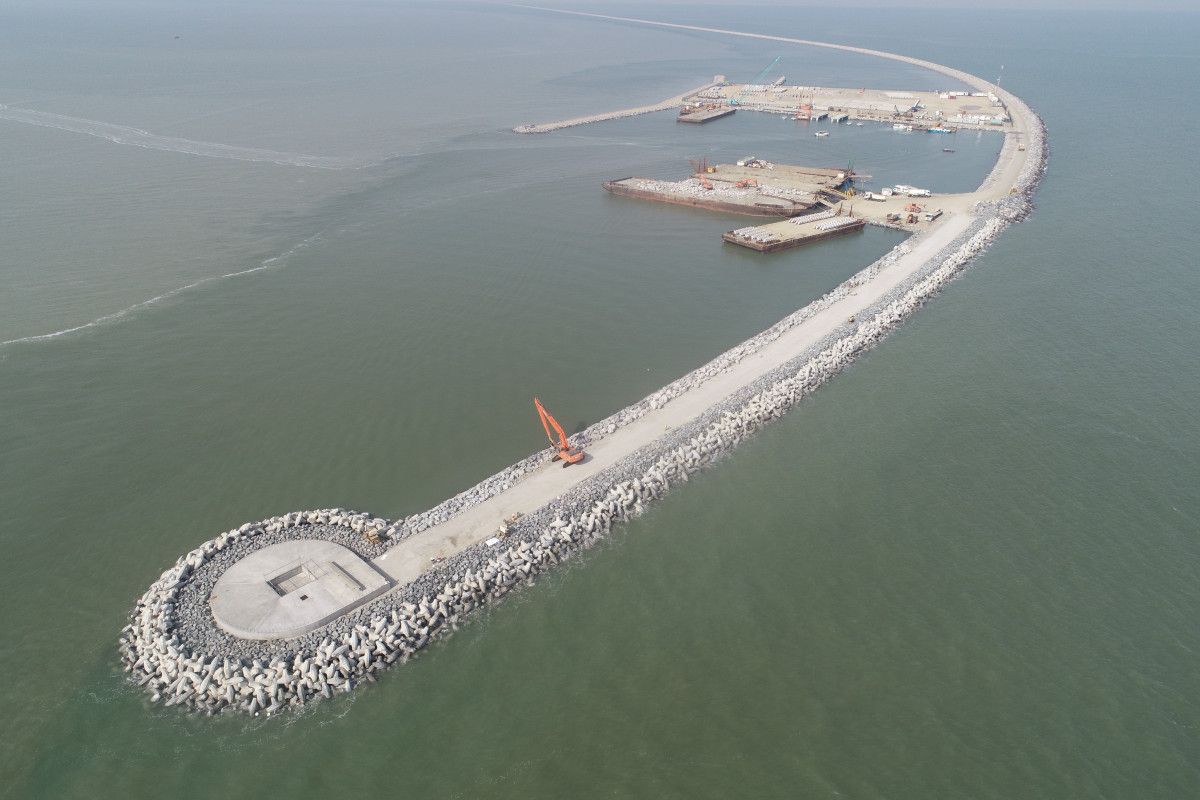 CLI developed a great understanding of the Contractor’s needs and applied a problems solving mindset  to this specific project. 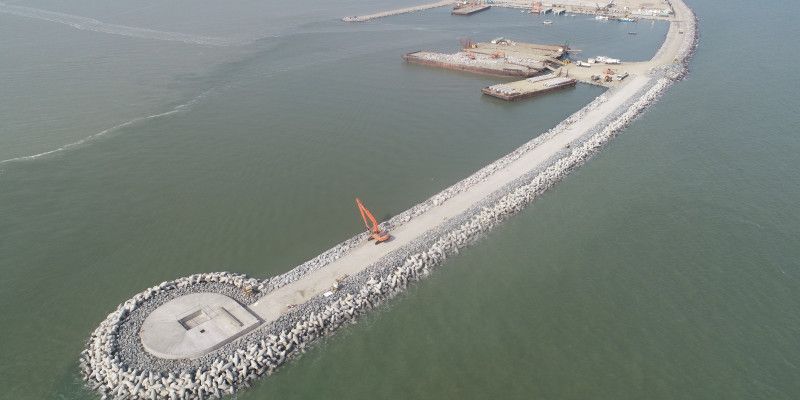 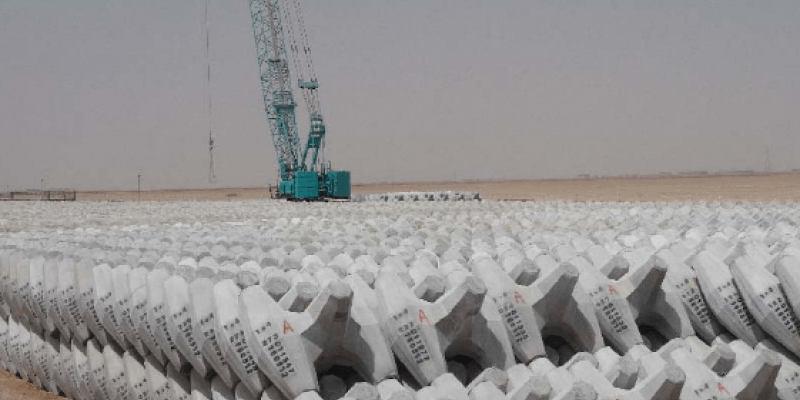 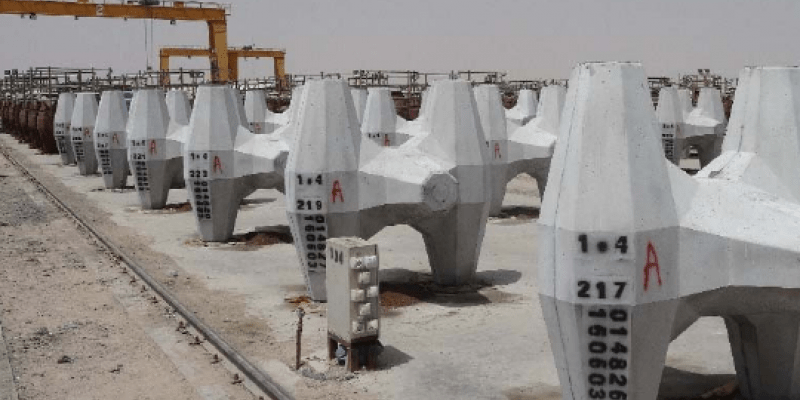 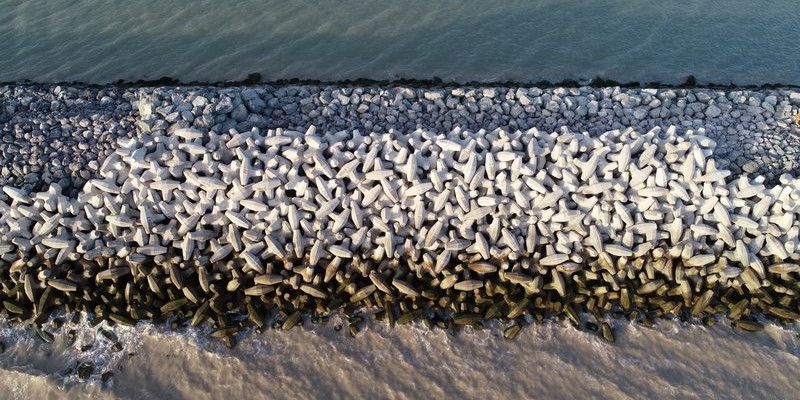